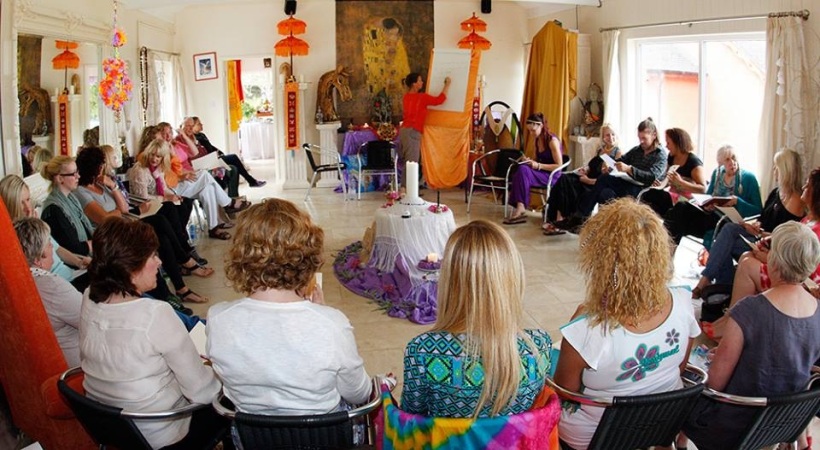 If you have a dream don’t let anyone or anything get in the way of you making that dream come true. Especially when that dream is for the growth and service of others, for humanity. After an intense spiritual awakening, I was guided in a meditation to start a group. A powerful force arose within me and I knew I had to begin straight away. I had no idea what I was doing! I had no idea what to do first or even if I could do it on my own? haha I still don’t! However I like to think now I do the “not knowing” with a little more trust, grace and a bit more efficientcy! I was “given” the word “Seed” and “to plant a seed” and all that that encompassed. I was now planting seeds.

It only took a few weeks to get things moving. It was mid May in 2012, after I had finished my foundation degree in Complementary Therapies and before I had had my graduation (July). The first meeting was in a lovely little hotel in Congelton, Cheshire called the Alexander Court Hotel. The manager was amazing, so happy and open to our ideas. I had formed a partnership with someone I had met through a local radio station. She was willing to work with me to create the beginnings of what was then known as Seed, soon to be The Seed Pod.

We had a room full on that first day there were 11 of us. In those days I wasn’t charging for entrance and we ran from 10.am until 12.30pm. It was the beginning and I wanted to see what was possible and how it was going to work. A wonderful women turned up on that day right at the end of the meeting! Someone I had already met a few months previously, but didn’t know anything about. She insisted we do some of the groups at her house in her pods, I had no understanding of what these “pods” were! I felt a little reluctant, I was acutely aware that this was good idea I had and I wanted to nurturer it, nourish it and water it, like you would any seed.

I was taking baby steps towards something that filled me with excitement and love. I was a little wary. It was enough for me to include one person in this venture. I had never worked with anyone in this way before and wasn’t even sure if I could do it or even if I needed to. As creation would have it things started to become a strain and a little challenging, as we both started to pull in different directions. It became abundantly clear that we both wanted to create different things. I didn’t want the big commercial business. I was totally focused on connection, integrity, growth and most importantly meditation.

The business split was one of the toughest decisions I had to make. It hurt, but it was evident that I could do this on my own and we no longer needed each other. We were both ready to fly! It was a huge, especially as it wasn’t what she wanted. You know that feeling when something feels uncomfortable and its so much easier to keep going instead of face the changes. I realised I had to take responsibility for the way I was feeling and listen to my intuition, which had a very intense message for me! I haven’t looked back. I know in my heart that everything is just as it should be and that she is thriving.

It swiftly moved on from the humble beginnings in the little hotel in Congleton. I found myself leaping at the opportunity to work at the “Pods” and in the “Barn” which turned out to be the most incredible venue I could of possibly imagined. My dream was coming true and I didn’t even feel like I was “doing” anything, it seemed to just be happening. The lady who’s venue it was, turned, out to be one of the most inspirational, supportive and guiding forces for me at that time. She has opened up my life and made me believe in my Self and helped me to own my purpose. She has given me confidence, as I was quite shy at first. She used to do the introductions at the events and I would just listen in amazement at her glowing confidence. I found it hard to speak in front of people. It can still be a little challenging now, but I know that what is being created is far more powerful than my nervous speech. I also notice that the more I speak my truth the more easily the words flow. The less I think about it the better it is.

I had my first meeting at the “Pods” in August 2012 and it was my Birthday. The venue is now affectionately known as Blisslands, it has been completely transformed and the lives of all those living there have been transformed too. Its been nearly 4 years now since it all began. I have grown in unimaginable ways and I have watched literally 100’s of people come through the events, now known as Utopia (after a short stop gap as BE_YIN). For each event I choose my speakers using my intuition. I have never been afraid of asking anyone. I know that what is being created is far beyond this “me” I see in the mirror. I know I have to think “big” and see ‘no limitation” or “boundaries” with what is possible! There are endless possibilities and what I seem to do is connect with them.

The speakers offer many paths to a joyful celebration of our inner nature and they travel to Utopia from all over the world. This still continues to amaze me, I never take anything for granted. I know I am blessed to do this “work” and I am so grateful. Many of these people have stayed with me and I have been responsible for picking them up from train stations and often the airport, usually Manchester. I generally look after them as well as I can. I create a sacred space here in my home for them to recharge, relax and unwind. They often tell me that they have felt like they were on retreat even though they came here to “work”. Its been an absolute joy to have such inspirational and fascinating people stay with me. Sometimes if feels like there is a magnet on my front door magnetising these incredible people here.

Utopia runs every two months now at Blisslands and it usually starts at 10am and finishes at 5.30pm. My events have covered everything from past-life regression, to festivals, Kirtan and book signings. I have also given away 100’s of free and discount places over the years, to those who were desperate to come but finding it hard to get the finances together. When you know what that feels like you can’t help but reach out. I have also started running other events, playshops, workshops and satsangs at different venues around Cheshire, as I continue to spread my wings. I also offer discounts for those that are struggling to get the finances together. I never turn anyone away due to their financial situation.

You can find out more about my events here: http://www.awakeninglove.co.uk and if you feel that you want to support me in supporting others please use the donate button. This helps me to continue to create free content and give places and discounts away.

Dhyan is a Self – Realised Visionary, Pioneer and Teacher. Dhyan’s life is Bhakti, she is devoted to the Awakening, Empowerment and Encouragement of others. Dhyan is a bodhisattva; she is here on this earth to serve truth and assist in the awakening of the planet. She is a catalyst for change. Dhyan discovered meditation as a young child, living on Rajneeshpuran in Oregon, America with an awakened master known as Osho.

Error: Twitter did not respond. Please wait a few minutes and refresh this page.